Take Gerard Sekoto home with you from SAMRO scholarships evening 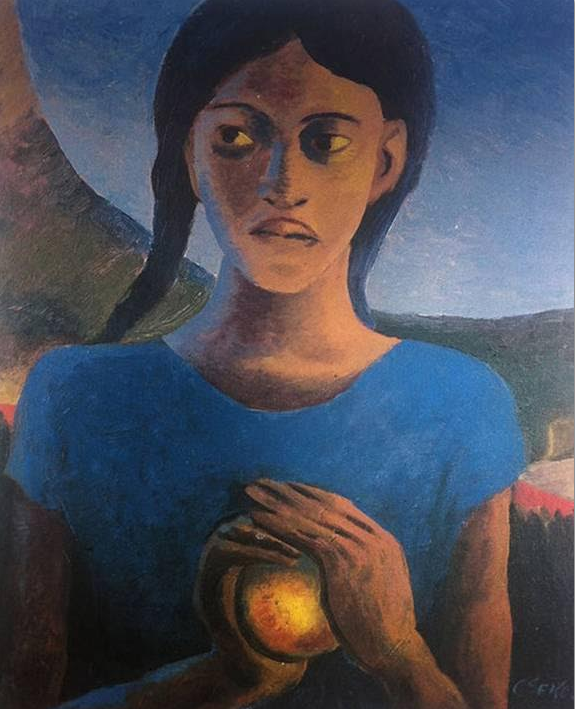 For the second year running, two jazz compositions by the late Sekoto –a pioneer of black South African contemporary artwho was a gifted songwriter and multi-instrumentalist – will be performed live during the final round of the illustrious competition for young singers.

In addition, to celebrate the Sekoto Foundation’s association with the SAMRO Foundation, a selection of high-quality special-edition Sekoto prints will be for sale at a nominal price for art lovers who may not be able to acquire a prized Sekoto original.

High-quality single prints, on fine canvas, of16 of Sekoto’s most striking portraits will be available on the evening, making them highly desirable as well as collectable.

Six of his drawings will also be on offer, printed on Fabriano fine art paper, as well as 200 posters of his famous painting ‘The Girl with an Orange’, printed and numbered on linen.The prints will be priced at R1500 each.

“Sekoto was an amazing portrait painter,”explains Barbara Lindop, a member of the Sekoto Foundation’s board of trustees. “These prints will spana range of his portrait subject matter, from Sophiatown and District Six to his life in exile in Paris and his self-portraits. The latter are very poignant, showing his transition from a confident young man to a semi-broken man,” says Lindop. “The prints will each be marked 1/1 to indicate they are part of a special limited edition, but will be very reasonably priced.”

Other commemorative items that will be available on the evening include the sought-after catalogues from Sekoto’s 2013 centennial exhibition at the Wits Art Museum and copies of his 1947 children’s book, ‘Shorty and Billy Boy: A Tale of Two Naughty Dogs’, published by Jacana. It tells of two rambunctious township dogs and also features his original illustrations. CDs of emerging musicians singing 13 of his original compositions will also be on sale.

The SAMRO Overseas Scholarships Competition is an annual contest that awards two R170 000 scholarships to young musicians, and rotates on a four-yearly cycle between singers, instrumentalists, keyboard players and composers. This year’s contest will see 12 singers (six in the Western Art Music genre, and six jazz vocalists) battling it out in the intermediate round on 27 August 2015. A panel of adjudicators will then select two candidates in each genre to perform prescribed works and their own selection of repertoire during the final round on 29 August 2015. During the course of the evening, the Tshwane of University of Technology Big Band, under the direction of Louis Drummond van Rensburg, will perform two original Sekoto compositions – ‘Igoli’ and ‘Africa’ – accompanied by Sean Jacobs on vocals. They have been arranged for big band by previous scholarship winner James Bassingthwaighte.

“This is very exciting for the Sekoto Foundation, and will help people realise that Sekoto was truly a renaissance figure –a modern artist but also a poet who wrote amazing music,” says Lindop. She said Sekoto made two studio recordings while in Paris in 1956, and had a “milk and honey” voice. “Music was a very personal thing for him, but also a matter of survival during his exile in Paris, where he had to play in bars to eke out a living. The lyrics speak of a homesick man using his every talent to survive in a foreign country.” The Sekoto Foundation has donated Sekoto’s original scores to the SAMRO Foundation’s Music Archive, where they are held in trust, in a partnership aimed at preserving and popularising his musical oeuvre. Altogether, he composedalmost 30 original songs. Says André le Roux, managing director of the SAMRO Foundation: “Gerard Sekoto was a towering figure, an icon of creative expression, not just in the visual arts but also in music and literature. We are honoured that his original music works have been entrusted to our archive for safekeeping, and we hope to further develop awareness of his musical genius and honour his legacy in the future.

“Our partnership with the Sekoto Foundation links closely with this year’s scholarships theme of the National Development Plan vision statement, which formed the basis for the commissioned works our semi-finalists and finalists will be singing. The NDP preamble, written by Prof Njabulo Ndebele and Antjie Krog, paints a futuristic picture of the kind of South Africa someone like Sekoto would have loved to live in,” Le Roux adds.

https://www.facebook.com/SAMROFoundationor contact Naseema Yusuf atNaseema.Yusuf@samro.org.za011 712 8000 for more details. Payment is by credit card only and no works will be pre-sold.

For interview requests and all other media queries, please contact JT Communications at info@jtcomms.co.za or (011) 788 7632.

About The SAMRO Foundation

The SAMRO Foundation is a registered non-profit organisation that replaced the SAMRO Endowment for the National Arts (SENA) in 2012. The Foundation is the social investment and music education arm of the Southern African Music Rights Organisation (SAMRO) Group of Companies. Since 1962, SAMRO has invested more than R100-million in supporting and nourishing the South African cultural landscape through bursaries, scholarships, commissions, the preservation of music heritage and other industry enrichment projects.For more information on the SAMRO Foundation, visitwww.samrofoundation.org.za, follow @SAMROFoundation on Twitter or “like” the SAMRO Foundation page on Facebook.

About the SAMRO Overseas Scholarships Competition

The SAMRO Overseas Scholarship Competition is regarded as the country’s most lucrative music education award, with total prize money currently amounting to some R500 000 per year. Held since 1962, the competition rotates every year between awards for vocalists, instrumentalists, keyboard players (pianists and organists) and composers. At least three SAMRO Overseas Scholarship winners (KesivanNaidoo, Ben Schoeman and Bokani Dyer) have also been recognised as Standard Bank Young Artist award recipients, and countless others have gone on to pursue successful professional careers as internationally renowned musicians. The main award in each genre (Western Art and Jazz) currently stands at R170 000, to be used by the winners to further their music studies internationally or enrich themselves through master classes. Each year, candidate submissions are evaluated by a panel of adjudicators appointed from the top echelons of music academia and practice.