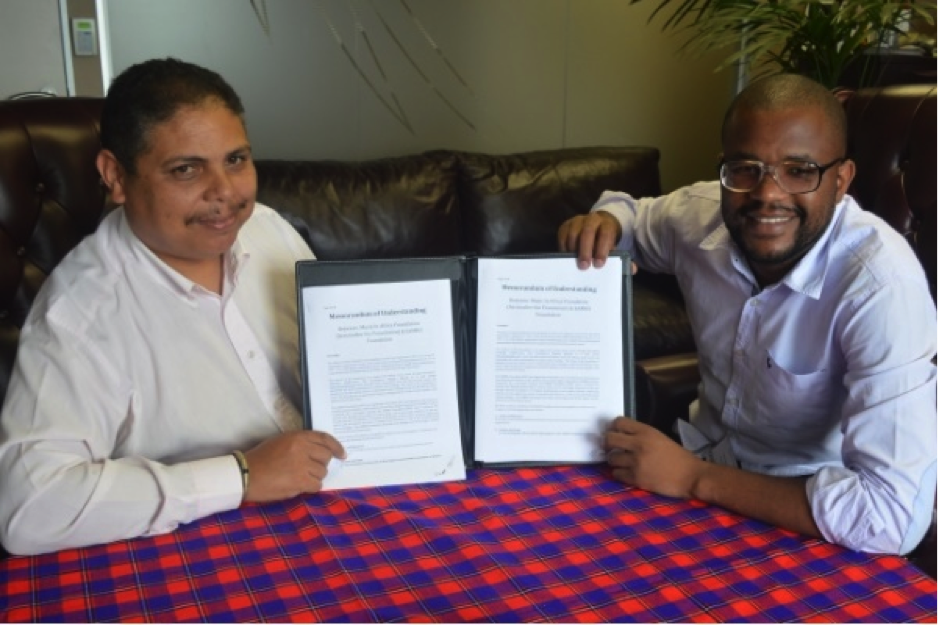 On 8 December 2015, the Music In Africa Foundation and the SAMRO Foundation signed a Memorandum of Understanding (MoU) aimed at increasing cooperation between the two foundations.

Registered in 2012 and operating since 1962, the SAMRO Foundation (NPC) administers the Corporate Social Investment Portfolio of the Southern African Music Rights Organisation (SAMRO) Group of Companies. It aims to promote the national arts through sponsorships and to encourage excellence in the arts through education, facilitating economic participation in the creative economy and influencing cultural and arts policies by means of research and advocacy. The SAMRO Foundation hosts the Concerts SA project with funds from the Norwegian Embassy and Partners with Rikskonsertene in Norway. It also manages one of the largest archival collections of South African compositions, with over 67 000 scores from Southern African composers.

The partnership with the Music In Africa Foundation will enable the two organisations to collaboratively showcase musical works from Southern Africa to a global audience and to support the African music sector through offline initiatives. The partnership is also based on creating linkages between Southern African artists and other African artists using the Music In Africa portal (www.musicinafrica.net).

One of the key outcomes of this partnership will be a showcase of the SAMRO Foundation Music Archive on 9 and 10 April 2016 at the Musikmesse Frankfurt in Germany, one of the world’s biggest music fairs. The showcase and archival display will be organised by the Music In Africa Foundation together with the SAMRO Foundation, the Siemens Foundation, ConBrio Verlagsgesellschaft and the Goethe-Institut.

Andre Le Roux, Director of the SAMRO Foundation, says: “For far too long African music has not received it’s due through promotion, access and distribution and we hope this project gives others a taste of what we have on the continent, so that they explore not only the Cradle of Humankind and it’s fossils but the Cradle of Music and it’s treasure trove.”

The Music In Africa Foundation was established in 2013 as part of the Music In Africa Project, which was initiated in 2011 by the Siemens Stiftung and the Goethe-Institut together with partners from across the continent. It is a pan-African, non-profit organisation whose core objectives include but are not limited to: providing reliable and useful information that promotes the African music sector and its operators; connecting and promoting exchange between music operators from or related to Africa and its diasporas; promoting the spirit of entrepreneurship among the African music sector; enhancing music education; and promoting and encouraging the creation of content by Africans.

In addition to running the online portal www.musicinafrica.net, the Music In Africa Foundation organises a number of offline activities aimed at supporting music professionals in Africa, including training programmes, mentorship workshops, seminars and talent discovery project