Linda Sikhakhane – A tale of a SAMRO Laureate 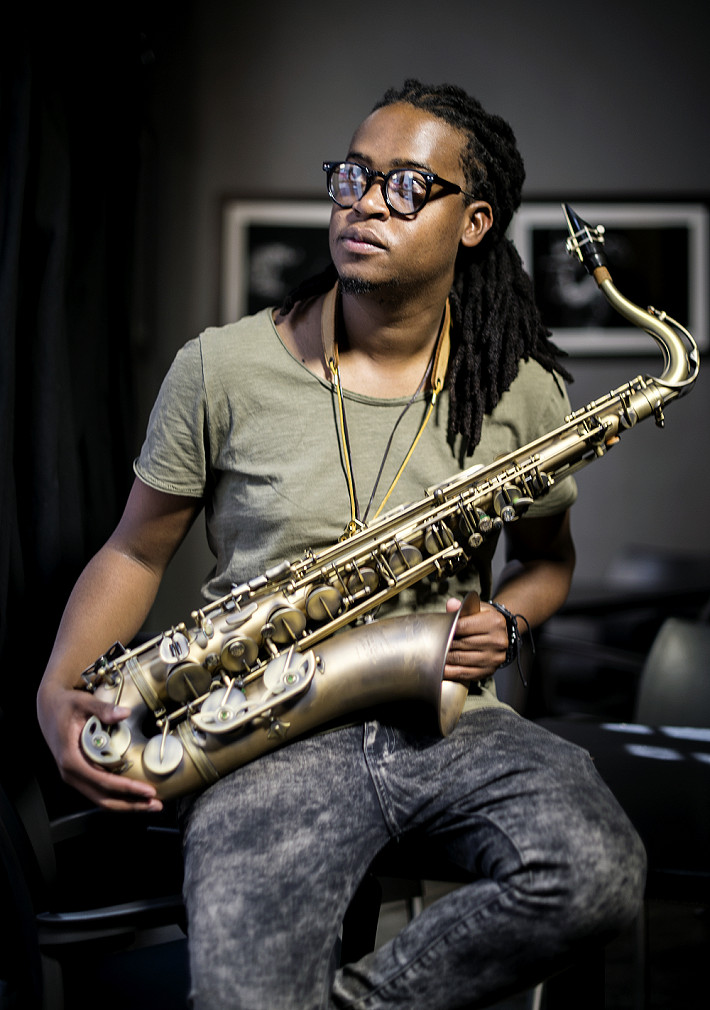 On 21 November laureates of the SAMRO Overseas Scholarships Competitions will be performing together as part of the World Jazz Conference. The band will comprise Linda Sikhakhane on saxophone, Ntando Ngcapu on keys, Benjamin Jephta on bass, Sphelelo Mazibuko on drums, and singers Keorapetse Kolwane and Daniëlla Hart.

SAMRO’s contribution towards the careers of musicians from young to old, nurturing their musical roots to promoting musical fruits, is firmly embedded in the ongoing career of Jazz saxophonist and composer Linda Sikhakhane.

Born in Umlazi township, Durban he attended Clairwood Primary School where he started his musical journey, like many, on the recorder. He studied under the late Dr Brian Thusi at Siyakhula Music Centre - an NGO Music School supported by SAMRO. This is where Linda grew to love jazz, and was moved to pursue his career as a musician.

He went on to study Music with the support of SAMRO Music Bursaries at the University of KwaZulu Natal (UKZN) where he obtained his Diploma in Jazz/Pop Music in 2012. Linda worked to grow as a musician and in 2016 he won the prestigious SAMRO Overseas Scholarships Competition for instrumentalists where he performed several pieces, including a work by a previous SAMRO competition winner – Prince Bulo. In the same year, he released his debut album - ‘Two Sides, One Mirror’ - featuring his own compositions.

With his R200 000 winnings from the SAMRO Overseas Scholarships Competition, Linda was able to travel to the USA to study at the prestigious New School in New York, and had the opportunity to learn from grand masters including Reggie Workman, Billy Harper, Jimmy Owens and Charles Tolliver.

Since returning to South Africa Linda co-founded the hip group H3, well known for their unique sound. They appear on many South African albums such as McCoy Mrubata’s Brasskap, Zakes Bantwini’s Dance, Thuto Motsemme’s My Dream, Asanda Msaki Mvana’s Full Circle and many more. Sikhakhane believes H3 gave them the opportunity to express themselves through composing and arranging music of their choice, while also allowing them to echo the sounds of the grand masters.

This month Linda’s sophomore 2020 album ‘An Open Dialogue (Live in New York)’ is featured on the international Apple music platform.

Linda continues to benefit from SAMRO’s efforts as he has been part of a number of Concerts SA supported performances. He recently received a Concerts SA Digital Mobility Fund grant, which he used to perform to live studio audiences and record the concert for delayed broadcast.

In preparation for his performance at the World Jazz Conference Linda said, ‘Beyond affording me an opportunity to further my studies abroad in 2016 , SAMRO has always supported me throughout my career, from being one of the funding organizations at Siyakhula Music Centre and UKZN. A dialogue across borders is always great for the music and it’s really an honour to cut bread with my fellow SAMRO Competition laureates at the World Jazz Conference.’

Linda’s trajectory is exemplary as he personifies the growth of an artist from humble beginnings and is on his way to international acclaim.