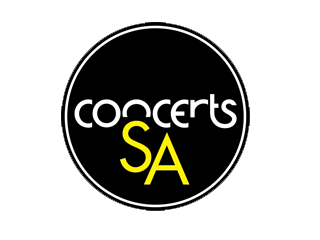 Concerts SA is a joint South African/Norwegian live music development project administered by the SAMRO Foundation; it receives financial, administrative and technical support from the Norwegian Ministry of Foreign Affairs, SAMRO and Concerts Norway. Working with musicians, promoters, venue owners and audiences, the project aims to build a vibrant and sustainable live music circuit in South Africa and the region.

More information about Concerts SA at the following links:

The CSA programme is currently focused on developing live music circuits in urban and rural areas of the Western Cape, Gauteng and KwaZulu Natal, with expansion to other provinces envisaged in 2017/2018.

CSA has initiated music circuits that link and network schools, venues, promoters, as well as universities in the three provinces, developing a model for roll-out to communities where live music performances are rare. The school circuit programme aims to encourage appreciation for local music through concerts and workshop elements for school children.

Through its work, the project has contributed toward an income for hundreds of musicians and many support staff. Connections between venues and artists within provinces and in other provinces are actively encouraged and supported. To date the programme has reached nearly 75 000 concert-goers at venues, and over 35 000 school children have been exposed to a live music performance/workshop.

The project’s work in the live music sector is complemented by research that informs and underpins the implementation of the programme, specialised workshops based on sector training needs, and an exchange programme with Concerts Norway which stimulates professional development.

How does it work? / How to participate?

Through a process of research as well as consultation with the Concerts SA Advisory Panel and other role players active in the live music scene, CSA has selected and partnered with a network of venues and promoters to implement the programme in the three provinces. Funding support with these partners is based on a subsidy model which includes support towards technical hire, publicity and promotion, supplementing musicians’ fees, transport costs, and co-ordination fees.

The selection of the supported projects is made by the Concerts SA Project Team and is based on the track record (of the professionals involved), quality of the proposal, and its alignment with the project’s overall objectives. The project’s current partner venues are varied in the styles of music showcased, with performances showcasing jazz-oriented sounds, ‘world music’, afro-jazz fusion, and occasionally indigenous/traditional music.

The selection of artists performing at Concerts SA subsidized events is collectively made through consultation between venues, promoters and the Project Team, with the weighting of selection balanced in favour of venue owners who know their clientele. To participate in the programme, artists are encouraged to contact our partner venues and promoters directly for inclusion in the programme, and they in turn submit proposals to the Concerts SA Project Team 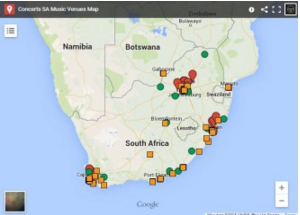 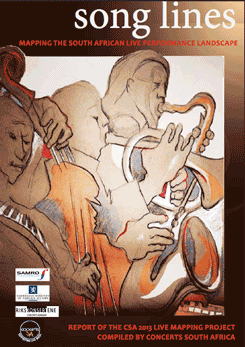